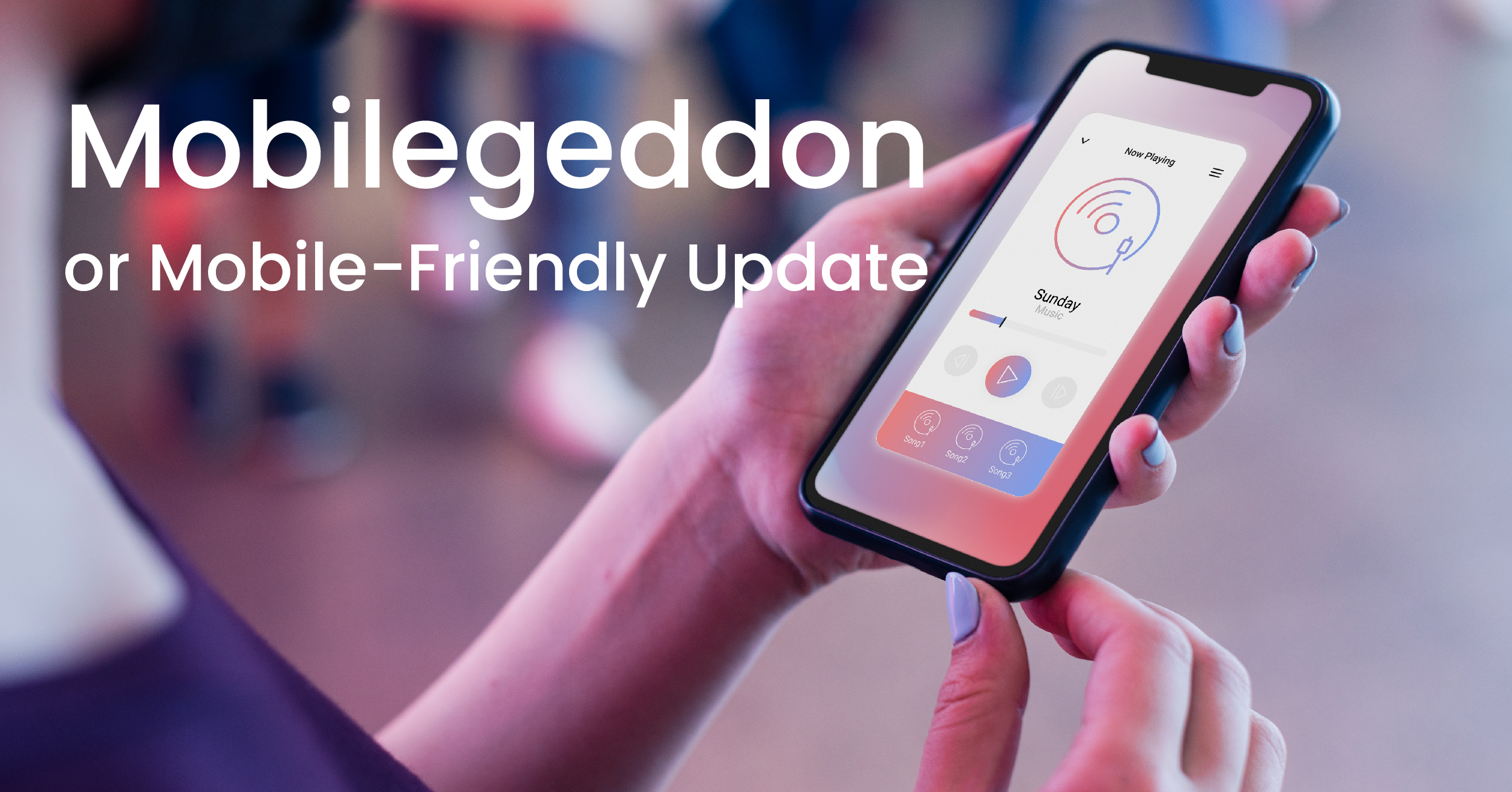 Unlike previous Google algorithm modifications such as Panda, Penguin, and Hummingbird, this major update was preceded by many notices. In December 2014, Google initially disclosed its plans for a mobile algorithm upgrade. “They’re experimenting with a new mobile-friendly ranking algorithm,” Google informed news outlets, announcing the launch of Mobilegeddon. In terms of impact, Google’s new mobile-friendly algorithm will solely affect searches conducted on mobile devices, favoring mobile-friendly pages while penalizing non-mobile-friendly ones. The Mobile-Friendly Algorithm will only affect mobile ranks; PC and tablet rankings will not be affected.

Update Impacts in a Nutshell:

Only has an impact on mobile search ranks.

The transformation was both simple and significant. Your pages were mobile-friendly or not (a yes/no response), and the change would affect everyone and take a week to implement.

With moves like these, a prevalent misperception about Google is that they make searchers’ lives more difficult. This isn’t the case, though.

This wasn’t simply a change in the algorithm; it was a cultural movement, and Google was about to influence the market. Google is preoccupied with enhancing the user experience and matching it with user behavior and market trends as much as feasible.

This upgrade has nothing to do with organic search. It was all about reacting to changing customer behavior, leaning toward mobile. Google decided to pivot and adapt to changing consumer behavior. Without a doubt, it was the best decision Google could have made.

We still have a doubt regarding the impact the Mobilegeddon upgrade will have. However, it expected to have a greater impact than the Panda and Penguin algorithm changes. This might suggest that the algorithm change will be effective more than 11% of all search results.

The new mobile algorithm will assess each page individually. While some of your pages may judged unresponsive to mobile devices, others may benefit from this change.

Google’s Mobile-Friendly Algorithm checks websites in real-time. According to Google, the algorithm will take a few weeks to spread out. Keep a watch on your site’s mobile traffic because the changes may not show up for a few days or weeks. The mobile-friendly label may appear later than expected.

The Heritage of Mobilegeddon

With this upgrade, Google both demonstrated and learned a few things:

They can execute change that goes beyond traffic and rankings, and they can persuade individuals to modify the way their websites are designed to fit the market.

Every algorithm update doesn’t have to be a jumble of gibberish.

You may prevent igniting a riot by giving them ample time to prepare and comprehend that a change is coming.

This release marked a significant advancement for Google regarding how they interacted with our sector and the sorts of changes they may influence.

To this day, this is perhaps the smoothest and most effective algorithm upgrade rollout Google has ever done.

Google’s mobile-friendly upgrade provided the groundwork for all subsequent mobile SERP changes and improvements. It solved the challenge of persuading customers to spend money on making their websites mobile-friendly, and it pitched the right tone for the future of our industry:

→ Looking ahead, this was a forerunner of Google’s planned mobile-first indexing strategy, which consolidate the mobile experience in the near future.

→ While the impact of this update may have been little in the traditional sense, it was by far one of the most significant in the history of Google’s algorithms.

In mobile search results, Google’s algorithm adjustment will give mobile-friendly pages higher importance. Pages that only architected and developed for large screens experience a considerable loss in mobile search ranks and, as a result, organic traffic. This upgrade will have no effect on searches on tablets or computers.

So, how does the mobile landscape currently look? While it’s still early (Google has indicated the full update might take weeks), experts have reported major gains and losses in mobile search visibility for top sites, while other site owners have experienced just minor changes.

On our own site, we noticed not only an immediate boost in mobile traffic after April 21, but also a steady upward trend after the implementation. We’ll keep an eye on mobile traffic trends.

For specific questions about how the algorithm update works, Google provided a detailed FAQ about the changes on its Webmaster blog.