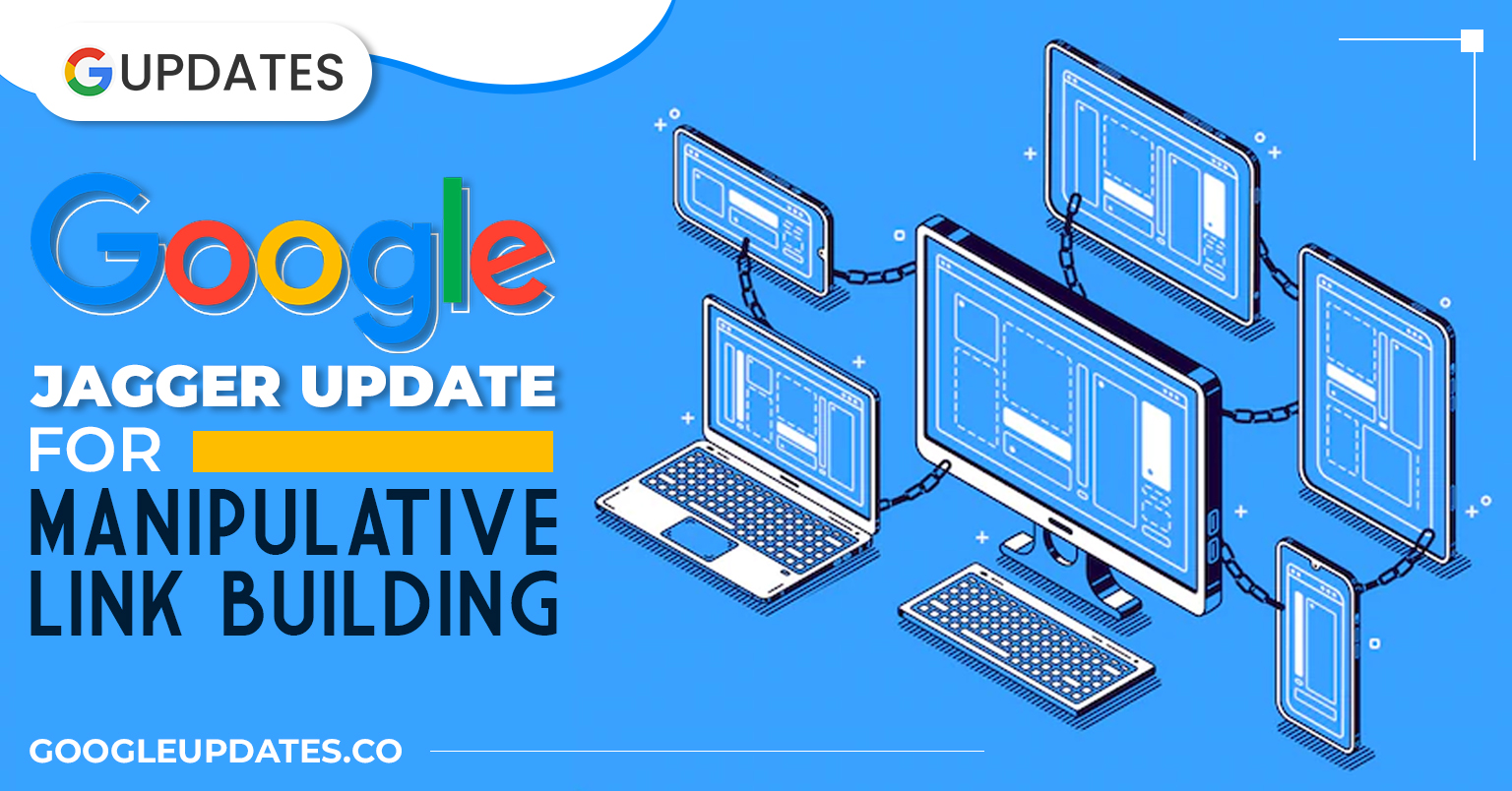 Google changed its algorithm with the Jagger Update to address artificial link building, duplicate content, and other technical reasons.

In 2005, Google published a series of algorithm modifications known as the Jagger Update, which was dubbed after Brett Tabke of WebmasterWorld, who also named several others.

Jagger, like other big Google algorithm adjustments, was pushed out over a period of weeks, according to statistics, and it appears to have begun in early September, with Google revising publicly accessible information in mid-October in how it interprets connections linked to a certain page.

Prior to Jagger, the most recent big algorithm update was the 2003 Florida update, so another large upgrade had the whole SEO world buzzing on different forums and websites.

In September 2005, Jagger launched a series of backlink-focused modifications, which continued through October 2005. This coincided with an update to the public-facing Google PageRank database, which was a major event in and of itself.

Despite the fact that modern-day PageRank is no longer publically available (Google last updated the public PageRank toolbar in December 2013, and at the time stated that they were unlikely to update it again).

The second and third installments of the Jagger update were available until November 2005.

The Influence Of Jagger

Google adjusted its algorithm in a variety of ways with the Jagger Update. Primarily influencing a website’s backlink profile, content size, and refresh pace, as well as a number of other technical aspects.

Jagger harmed websites that had duplicate content over several domains. Following the third installment of the upgrade, webmasters noted problems with internal duplication and how canonicals were handled.

Webmasters with websites that resolve both with and without a trailing slash or who have a “clean” version and one that ends in /index.html (or something similar) began to experience duplication concerns.

Websites with a high number of gateway pages also affected.

Google implemented a new approach to how they weighted and comprehended connections going to a website with this change. Taking into consideration the anchor text of inbound links, the page content of the incoming link, and the speed/velocity of inbound links arriving at the domain.

Predictable link-building patterns began to evolve as a result of monthly SEO service packages. And this is still in use to some level today. This usually presents itself in the form of connections surfacing around the conclusion of the month.

Jagger also had a detrimental impact on websites that purchased sitewide links. Engaged in reciprocal link exchanges with unrelated domains, and obtained connections from link farms.

Jagger had a detrimental influence on more than just content spinners and backlink spammers; those who used technological methods of the day also felt the pain.

Cloaking is a way of showing one piece of content to search engines. And another to visitors was quickly becoming a preferred practice of spammers in 2005. Jagger targeted websites that used CSS in an unusual (and illogical) manner, and websites that used delayed meta redirects to conceal and fool search engines/users took the brunt of the damage.

Webmasters who use CSS to obscure content (and keywords) saw negative ranking movements as a result of Jagger’s death.

Jagger elicited a mixed reaction in the numerous SEO forums and blogs. With webmasters reporting differing outcomes across multiple SERPs, as well as the typical “Google is horrible, Google is evil” trolls.

The domain age and Google’s desire to raise the amount of money spent on AdWords were two of the key issues of the repercussions of the revisions.

It preferring older websites or larger brands has always been and will always be a favourite go-to for many webmasters. And the Jagger update prompted further remarks along the same lines.

Google, coincidentally, filed a patent in 2005 that stated:

“Valuable (legitimate) domains often paid for several years in advance. While doorway (illegitimate) domains rarely are used for more than a year. Therefore, the date when a domain expires in the future can be used as a factor in predicting the legitimacy of a domain”.

However, Matt Cutts and other SEO pros dismissed the significance of this aspect in 2010. (such as this piece by Ann Smarty in 2008). However, anytime a new Google update released. There is usually a period of volatility while document histories are crawled and weighed again under the new algorithm parameters.

Google has a history of releasing substantial algorithmic adjustments at the end of the year/during the fall. Consider the Florida Update, which wreaked havoc for shops when it was introduced in November 2003.

However, this tendency was still new in 2005, and many webmasters rushed to forums to say that by releasing these large changes at this time of year. Many websites lost ranking positions ahead of a busy and possibly lucrative Christmas season.

Sites would need to use sponsored search efforts to restore this lost traffic. This thus worked to Google’s advantage in terms of increasing income during that time of year.

It’s also worth noting that in 2005, many SEO professionals still considered MSN to be a viable search engine option.

Because Jagger was a broad brush update that affected several factors, recovery was not always as simple as correcting a few items on-site (and offsite).

Reading through a lot of forum postings and blogs, the key recoveries mentioned were as follows:

While many of these solutions may seem sensible in today’s world. The internet (and search engine environment) has changed dramatically since Jagger’s time. Google only had 37% of the US market in 2005. And it was up against Yahoo (31%), MSN (15%), and AOL (15%).

Jagger, as one of the first Google upgrades, helped lay the road for what we now consider SEO best practices, as well as subsequent algorithm adjustments.

In many ways, because of the emphasis on artificial link building and bought connections. Jagger might be considered a forerunner of other backlink algorithms that later evolved into the Penguin algorithm.