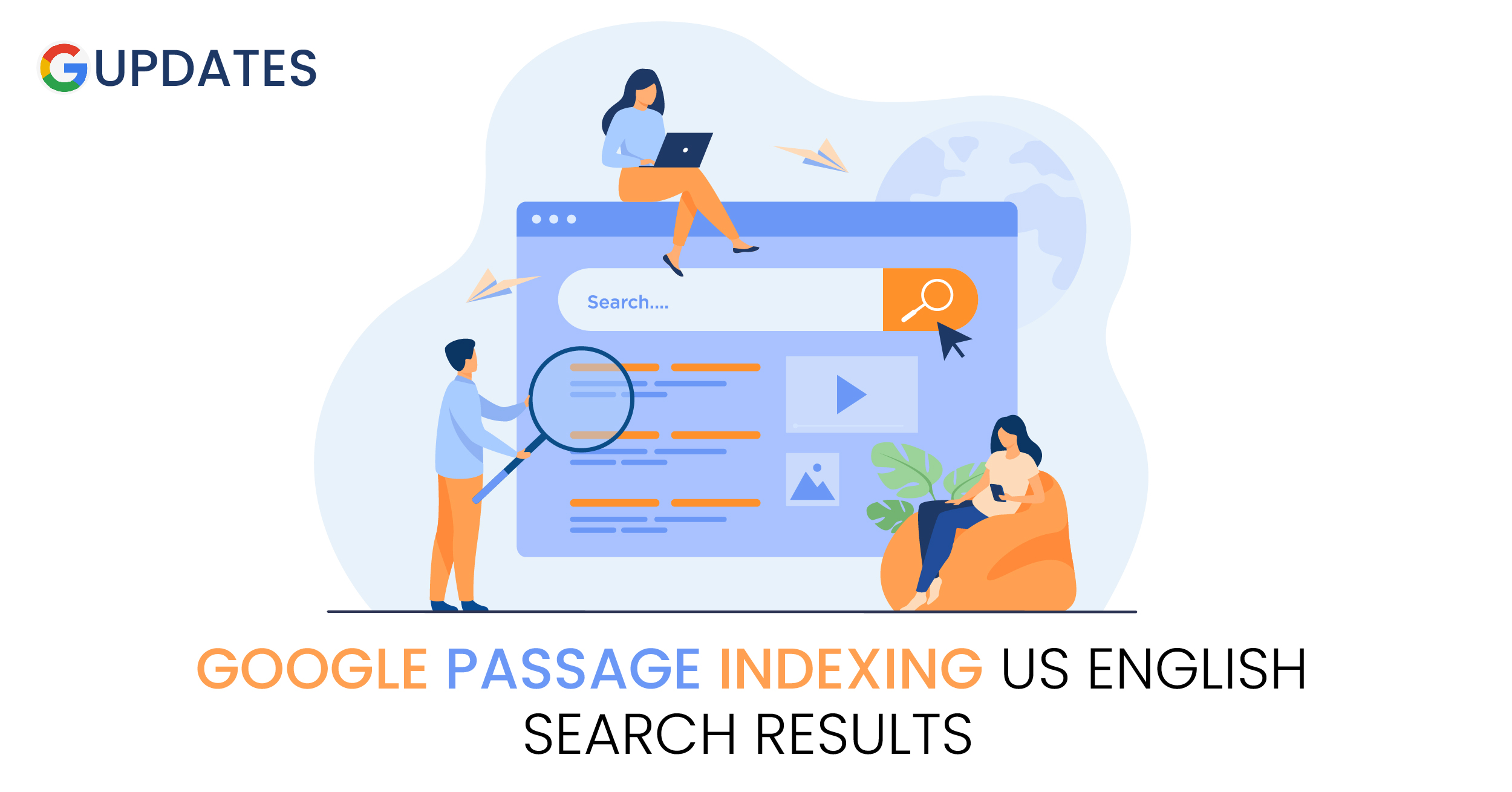 Beginning in 2021, your Google search experience will expand to new heights thanks to the addition of a ranking factor called Passage Indexing.

On February 11, 2021, the new ranking technology was officially launched. The rollout was officially confirmed by the Google SearchLiason Twitter account.

Update: passage ranking launched yesterday afternoon Pacific Time for queries in the US in English. It will come for more countries in English in the near future, then to other countries and languages after that. We’ll update this thread as those further launches happen.

What is Passage Indexing Algorithm?

Passage Indexing is a new technology used by Google’s Algorithm to rank individual passages within a page on search results based on the users’ search query.

As Google Crawlers begin to understand the relevance of specific passages within your content. Passage Indexing will have a similar ripple effect on the search results page.

Despite the name Passage Indexing, there is no significant change in Google’s current indexing process. The new technology, on the other hand, is more concerned with ranking.

So, if you have long-form content about Off-Page SEO and individual passages about each of the off-page SEO strategies. Google will now rank the individual sections of the content that match the search query.

Google has been striving for improved relevancy and context in search results since its inception. As you can see, the two core ranking factors – Content and Links – are only valuable when combined with relevance.

According to Google’s official announcement about the Passage Index. Search algorithms will now understand the relevance of content within a page at the most granular level.

The Emphasis Of Passage Indexing Is On Ranking Rather Than Display.

To begin with, Passage Indexing is not concerned with where Google will display the results. It’s an additional ranking factor that allows Google to understand specific passages on the page.

This means that Passage Indexing will function similarly to the BERT or Link Analysis algorithms. It works in conjunction with other ranking factors to provide better results. It is for users while minimising changes to the overall look and feel of the SERP.

Structured content, on the other hand, may make it easier for Google’s Passage Indexing algorithm to understand the meaning of the text.

So, if you write long-form content with multiple sub-headings and aren’t getting organic traction for these articles, Passage Indexing is a godsend.

Previously, pages with granular content did not rank because the main topic was too broad.

How Does The Passage Indexing Algorithm Work?

Passage Indexing has no effect on the crawling and indexing process, but it does assist Google in understanding the meaning of the passages on the page.

This means that Google will not index individual passages separately. When a query is entered, Google will display the most relevant passages in the results based on relevance and meaning.

Google search, on the other hand, will return the most relevant answer for your query thanks to the Passage Indexing algorithm.

Is Google Going To Index Only Parts Of Pages?

Google officials have confirmed that the Passage Index will not replace traditional page indexing. This means that Google’s crawlers will continue to index pages completely. But they will try to understand the content. And the meaning of each passage within the content as they do so.

This does not indicate a change in the way Google indexes pages. Still, it adds another layer to the existing process, which will, of course, affect page rankings.

This is significant for SEOs because, rather than a change in indexing. The Passage Indexing algorithm will result in a paradigm shift in rankings and the way results displayed.

The Distinction Between Featured Snippet And Passage Indexing

A featured snippet result, according to Google, is a passage from a page that has overall topic relevance.

Passage Indexing, on the other hand, considers only the relevance of passages to the search query rather than the overall relevance of the page.

Is SMITH Language Processing Used By Google For Passage Indexing?

We’ve heard that BERT can understand long queries both in search and within individual pages. However, Google appears to have unleashed a Megalodon, codenamed SMITH.

So, we now have Google’s roadmap for how Passage Indexing will function in the near future.

According to the Google SMITH document, the language processing system will aid in the recommendation of news articles, related articles, and, most importantly, the clustering of documents.

The third point on document clustering is crucial because it is directly related to Passage Indexing.

It also states that SMITH is a long-form document matching system, which refers back to Google’s Search On announcement and Danny Sullivan’s tweets about how Passage Indexing will benefit long-form content.

This is how SMITH is put to use:

Step 2: Language Processing is the second step. Each sentence block’s contextual representations will taught to Transformers.

Google announced upcoming changes to the search engine, including exciting new advancements for SEOs. And digital marketers, during its mid-October webcast event Search On. Google also revealed its new Passage Indexing feature. In addition to stating that BERT now powers every English-based query on Google Search.

We saw a surprising rise in URLs containing “#::text=” for English inquiries in the US after Passage Ranking began yesterday. So far, no clicks, and I can’t find a live sample in the SERPs. Because it appears to utilised on only a small percentage of searches (yet). It’s exciting.

Google anticipates that the update will be especially useful for queries. In which the user is looking for a specific piece of information. That is hidden in a section or passage on a page. That is not necessarily related to the page’s main topic.

As the update is expected to go live soon or later this year. Starting with English languages in the United States, with more languages/locations to follow. Google experts estimate that it will affect about 7% of Google Search queries once it rolled out globally.