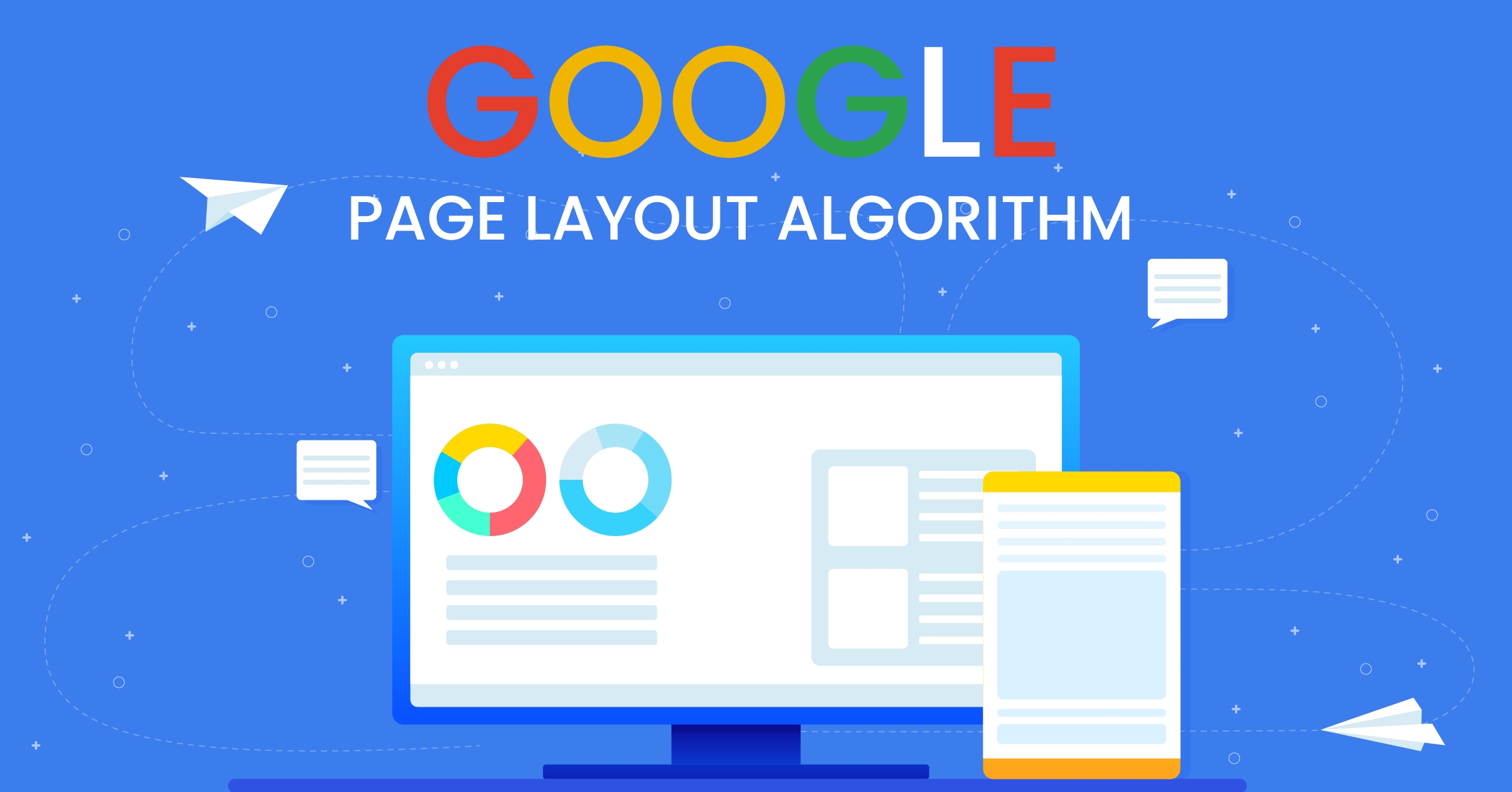 The ‘above the fold’ page layout algorithm, introduced by Google in 2012, is a Google search ranking factor. Google altered because it wants to “deliver more relevant search results” and “increase its relevancy,” according to the company. In other words, Google wants to do a better job of presenting you what you’re looking for on Google Search’s first few pages. Google’s algorithms have developed, but despite all of these changes, there is still some uncertainty regarding how Google selects who ranks first for the majority of searches.

The “Google Page Layout algorithm” was initially disclosed by Google in 2012. Even though this algorithm has been around for some years, many consumers still have queries. We looked at the algorithm and how it has changed over the years in this post.

With the advent of Google Panda algorithm in 2011, greater attention was paid to the content of the sites and these more complex SEO elements. However, Google formally started the issue on January 19, 2012, published the Page Layout algorithm. The Page Layout algorithm designed to target websites with many advertisements at the top of the page. Because of these adverts, the user had to scroll a long way to get to the page’s core content. According to Google, the algorithm affected 1% of websites. However, this has prompted them to change the site’s design to improve the user experience. There were no pop-up or sticky advertisements in this update.

What impact does the Page Layout Algorithm Update have on websites?

If a website experienced a significant drop in visibility in the weeks following the algorithm change, it might have been penalized. Another sign is if the website has multiple recurring ad blocks on each page.

Excessive advertising forced websites to rethink their web design, resulting in a poor user experience. Ad income would harmed if there was no traffic since fewer adverts would be. The algorithm supposed to have experienced considerable modifications with the four updates it has received during its existence. However, the system affects fewer than 1% of the world’s web pages every update has taken. Google’s modifications harmed only web admins promoting too much at the top of the page. In other respects, this upgrade was also beneficial to them, as it altered their perceptions of the site’s ad volume.

This method does not function for websites with standard levels of advertising. However, it penalises sites with a lot of advertising at the top of the page that takes up a lot of the page load time. Sites that have a hard time finding the page’s actual content among a barrage of advertising may be punished. Many web admins struggle with ad volume management. For many sites, they are the only sources of money. Excessive advertising, on the other hand, might result in fines.

If a Google core algorithm update has impacted your website, here are ten tactics to help you recover.

One popular suggestion for enhancing E-A-T is to ensure that all writers have bios attached to their bylines in the article or on a separate author biography page. While this is a terrific suggestion for increasing transparency about who your writers are, it is not a ranking factor in & of itself. What’s more vital is that your content, especially YMYL material, be created with the assistance of actual professionals.

Someone in the crowd at Pubcon Las Vegas recently questioned Google’s Gary Illyes if aggressive advertising may cause your site’s SEO performance to suffer. Gary verified that Google’s Page Layout algorithm, updated in 2012 and penalised sites with too many advertisements above the fold or an otherwise obtrusive ad implementation, is still in effect.

According to our E-A-T analysis, the successful sites typically exhibit obvious trust signals, such as how many accolades they’ve received, an Honcode certification, or other reasons they should trusted as a brand.

Use Editorial Policies and Ad Disclosures

Sites that are open with their users & clear about their mission tend to do better in organic search. This is why it’s important to have clear editorial and advertising standards that explain how your material reviewed, who writes for you, what sorts of ads will displayed, and how those ads chosen.

Contents should well-researched, balanced, and well-edited, and it should include citations to reputable sources. Also, follow these external links for SEO purposes, as it aids Google in making connections between your content & the sites from which you get your information.

Google will penalise you if you include anything on your YMYL pages that contradicts scientific, medical, or historical consensus. Google used the phrase “consensus” 20 times in its Search Quality Guidelines and proposed that information that contradicts consensus be rated “Fails to Meet” – the lowest possible quality rating.

On YMYL sites meant to give advice or information, it’s critical to avoid mixing informative and transactional language.

After algorithm-related performance drops, addressing E-A-T, content quality, & user experience is critical, but technical SEO cannot overlooked. All of your efforts may be wasted if Google has problems crawling, indexing, and presenting your material.

In a Webmaster Hangout, John Mueller questioned if having a chunk of low-quality content may lower the domain’s overall quality, to which he replied yes. Consider eliminating or not indexing a piece of your site that is low-quality in nature, such as thin, duplicated, or autogenerated material.

Check for a Local Intent in the SERPs

Look at the search results for your query to verify sure the terms you believed were “generic” aren’t suddenly being classed as “local” in intent. If you notice a map pack, city names, and localized pages ranking for a query, it’s a good sign that you’ll need to develop a strategy for it.

The page layout algorithm updated four times. This may appear to be a substantial shift, but each update affected less than 1% of sites.

These adjustments only affected people who had an excessive amount of adverts. To the point that the user experience was poor, and it would be beneficial for them to re-design their website.

As the proprietor of a website, I can understand why some people offended. You’d assume that since it’s your page with your ads, you should be allowed to organise. Whatever you want without penalised.

After all, posting advertising is how many of us make money from our websites. A large number of prominent ad spaces will bring in more cash… But at what price?

The initial algorithm upgrade took them two years to recover from.

The message from Google is clear: They emphasize user experience, and the best websites balance advertisements with content to succeed. There is a narrow line to walk between keeping a website profitable and keeping visitors engaged. Although this Google algorithm implemented years ago. The lessons it taught us — and the challenges that resulted from its implementation – are still relevant today.