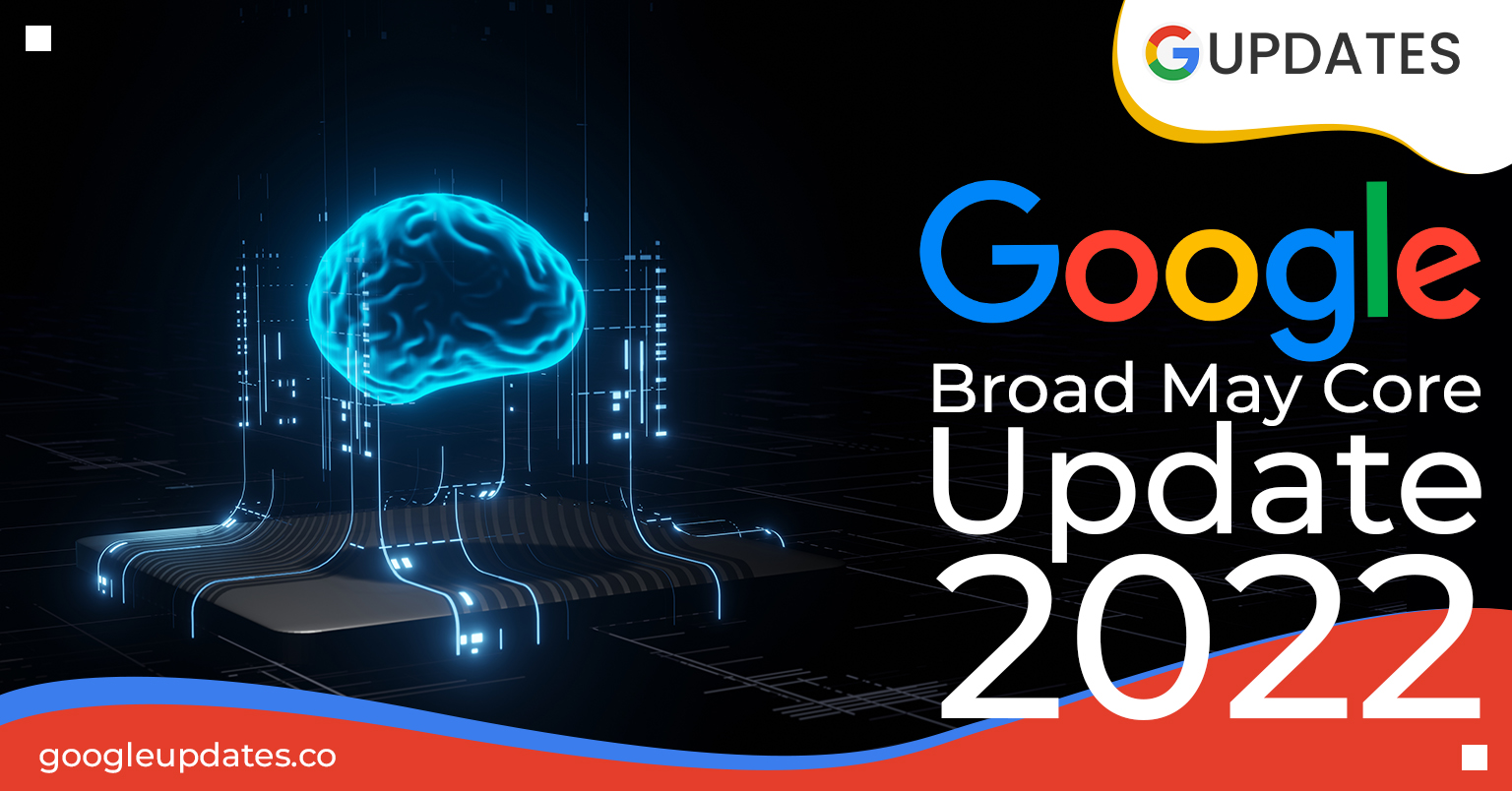 The first wide core update of the year, the May 2022 broad core update, has begun to be rolled out by Google Search. It began on May 25, 2022, at about 11:30 a.m. ET, and will continue for the following few weeks. Google has announced the launch of the May 2022 Core Algorithm Update. This practically implies that the season of erratic SERPs fluctuation has returned. A lot of speculation is going around revolving around Google Core Update. It has been six months since Google released one. Google last released a major update in November 2021.

Taking A Look At The Broad Core Update In Details

As some of you may already be aware, Google just announced the release of a Broad Core Update.

Google revealed the new update on late May 25. It would take between one and two weeks to roll out completely.

So, how does this affect web admins and SEOs? It’s too early to tell right now. According to the forums, the best thing you can do is sit back and monitor your website’s traffic. Wait for the change to fully roll out before evaluating your SERP ranking.

Reacting too quickly to the upgrade will only harm your website because it has not yet been completely deployed.

So, before you do anything with your website, wait for the dust to settle.

A Quick Rundown Of The May Core Update

• Google’s core changes are wide since they do not target or are specific to any individual site. As a result, they increase the overall relevance of search results and make them more useful for everyone.

• Web pages whose search engine ranks plummet are not punished. They are just re-evaluated compared to other content that has gone online since the last update.

• They may release broad core updates every several months. Sites may remain unrecovered from one upgrade until the next one takes place.

• Making changes does not guarantee recovery. However, remaining immobile and making no progress toward healing will probably result in no recovery.

• The most important tip for dealing with the impact of a core algorithm upgrade is to focus on creating the finest possible content.

Web admins that have made modifications to their sites since the last update should significantly increase their search engine rankings.

Sites with better content will likely outperform those who left their sites unmanaged after the previous core upgrade.

Predictions aside, it will take a few weeks for this new upgrade to be fully unveiled.

What is Google’s recommendation?

For those webmasters whose sites were affected by the upgrade, Google recommends rewriting a portion of their content and adding E-A-T (Expertise, Authority, Trustworthiness) elements.

The effects have slowed somewhat over the previous two days, although we still notice volatility in a few areas. The core change in May 2022 appears to have the least effect on real estate websites. Arts and Entertainment, Games, Home & Garden, Internet & Telecom, Jobs & Education, Law & Government, Online Communities, Shopping, Sports, and notably News sites are examples.

Overall, SERP elements continue to fluctuate, with advertisements at the top of the page seeing the greatest declines and information panels and photos experiencing the greatest gains.

Keywords that have received the most hits (other than those with fewer than 10k MSV) tend to be more informative and less promotional. Increases in informational keywords tend to be on pages that do not aim to rank for too many keywords (focused on 3-5) and have great content for those targeted keywords. The least affected have been navigational words.