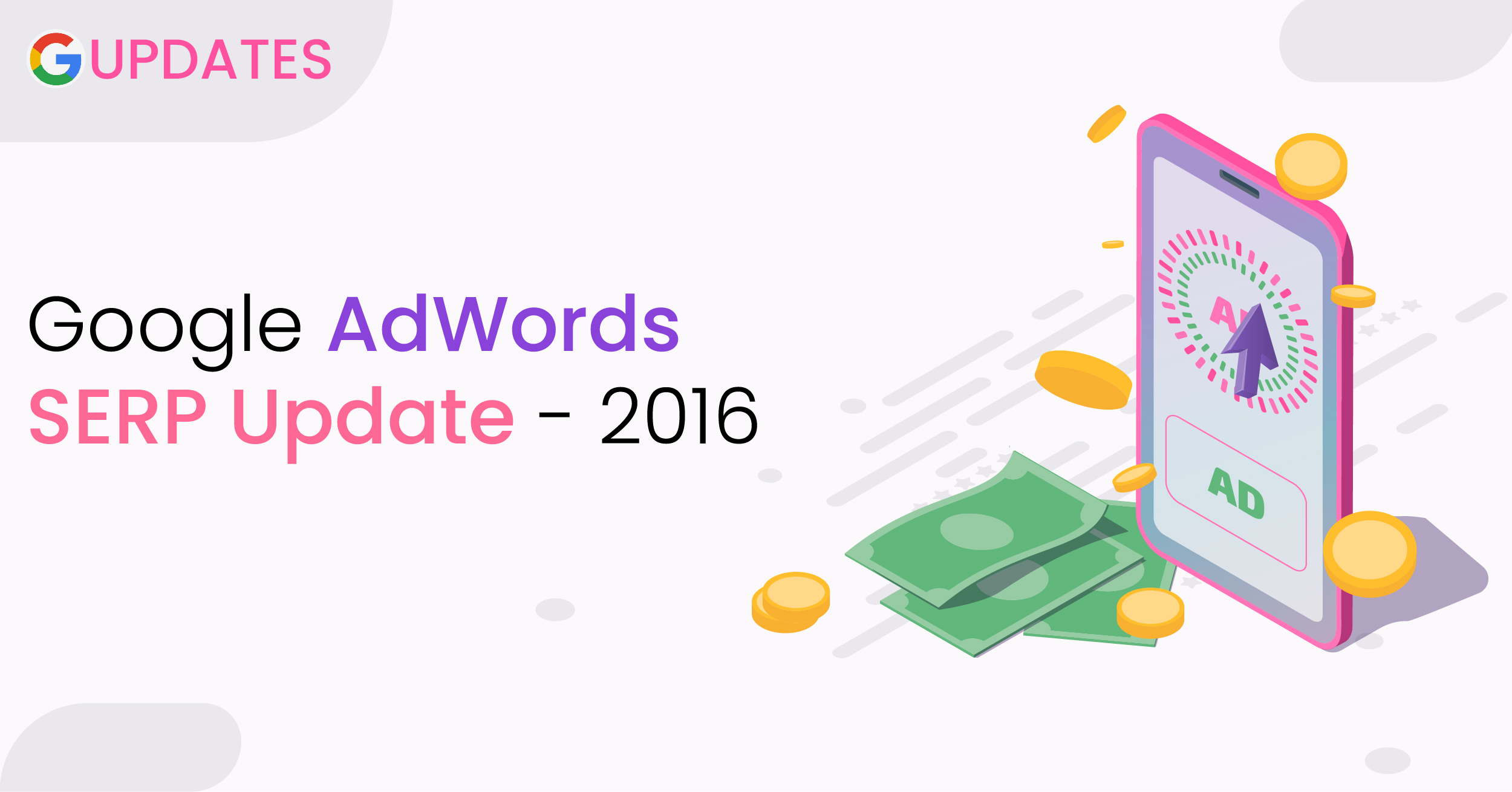 While Google’s SERP remains its minimalist appearance, it has altered in the previous year to reflect a shift in consumer desires for increased relevance and better cross-device experiences, as have several AdWords options. And, while we admit to being partial to Shopping advertisements, it’s difficult to argue that they represent a step forward in both of those categories.

Let’s look at the major Google SERP changes from 2016, what they mean for e-commerce marketing on the world’s most visited site, and how Google Shopping advertisements fit in.

Text ads have been removed from the right side of Google’s desktop SERPs.

Since the shift, we’ve written a lot on the impact of the upgrade on CPCs and the growth of Google Shopping advertisements and techniques businesses may employ to benefit from Shopping.

However, taking a step back and considering the move from Google’s point of view, it believed that they are trying for a more consistent experience across devices and screen sizes. If we’re being honest, the text advertising on the right side of the SERP felt a little dated; the new appearance and feel is much cleaner.

The revamped desktop SERP also clearly prioritizes results that will be most relevant to searchers in terms of information hierarchy. When you consider that the results are frequently in the form of Shopping advertisements, it’s a good sign for shops getting positive results.

The SERP on the desktop now has its scrollable shopping carousel.

On the one side, this upgrade reflects Google’s continued quest towards device uniformity: A scrolling carousel of Shopping advertising has long been a part of the mobile SERP.

More intriguingly, research implies that shopping advertisements are a welcome presence for many customers. Google known for the amount of research and development it puts into its products, famously testing 41 different hues of blue for the toolbar across its pages to see which one got the most clicks.

And because Google put this feature through its paces before making it permanent, it’s safe to assume that users were enthusiastic about it. This feature expands ad inventory and gives retailers a better chance of appearing on the first page of search results, only sweetening retailers’ deals.

In August, the capability first appeared in marketers’ AdWords accounts announced at Google’s Performance Summit in May.

While the feature took a long time to arrive, it was definitely worth the wait. It’s all part of Google’s recognition that a tablet and a desktop are not the same things. There’s not much more to say about this one except to go to AdWords and start bidding at the tablet level if you haven’t already.

The Official Launch of Shopping Ads in Image Search

Google made Shopping advertisements official in picture search after testing it for a long time as part of its initiative to help marketers be more useful to mobile searchers.

This considered ther proof that Shopping advertising is becoming a major revenue stream for Google. Because the ads are effective, Google expands its use across its products.

Shopping advertising is becoming an important component of Google’s business, just as text advertisements were in the late 1990s, and if I were a shop, I’d be happy about this evolution. Image search shopping ads have a lower CPC than those on Google.com. What’s the best part?

When it comes to Shopping, customer match is important.

When this feature first introduced. It primarily interested in the potential for Shopping advertising to provide higher returns for merchants who used them.

In retrospect, it appears that this step was made to stay up with Facebook. Google has had the luxury of not worrying as much about its audience because of its ubiquity. However, as Facebook’s market share continues to grow, Google has taken notice.

While Facebook is well-known for collecting user demographic and behavioral data to entice advertisers to its platforms. Google’s demographic targeting and remarketing capabilities pale in contrast. Maybe AdWords will receive more demographic targeting parameters? When and if Google expands its audience capacity, it’s also important keeping a watch on its dedication to user privacy.

The beta version of Showcase Shopping Ads has been released.

Showcase advertising that extend into a virtual storefront for an advertiser could be the most significant change on Google’s SERP. Google has provided an animated tour below.

It would be tremendously powerful if Google could build a way to discern between top-of-funnel and bottom-of-funnel clients. When serving up search results. Top-of-funnel clicks to Showcase advertisements will convert at a higher rate than clicks to standard Shopping banners. In my opinion, as they grow more common. Because shoppers will have more options. It’s realistic to assume that fewer initial clicks will be solely navigational or motivated by price.

This update again speaks to Google’s push for more uniformity across various devices: The mobile SERP has long featured a scrolling carousel of Shopping ads.

If there’s one thing that Google’s 2016 has in common. It’s a focus on uniformity across devices to satisfy consumers who switch gadgets frequently (aka everyone). When Google released several of these upgrades. And disclosed that more than half of their trillions of searches are conducted on mobile. It admitted as much at its May Performance Summit.

This is unquestionably a positive step forward. But the real question is how much further can Google go in this area? Mobile traffic continues to rise year after year. And conversions are beginning to follow suit, indicating that there is still plenty of room for greater innovation.