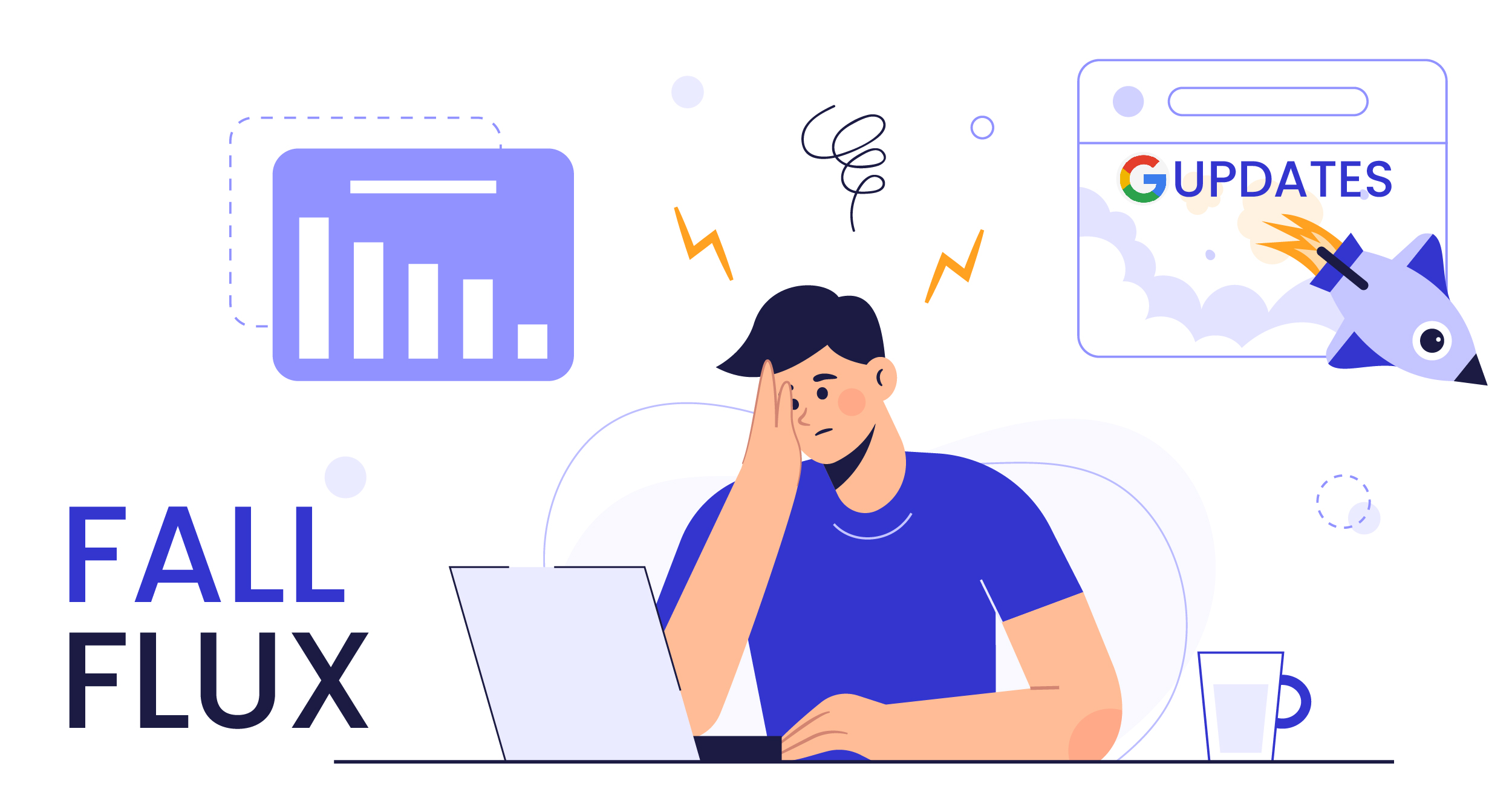 The algorithms employed by Google to retrieve material from its search index and offer the best possible results for a query are complex systems. The search engine uses a combination of algorithms and several ranking parameters to offer web pages rated by relevancy (SERPs) on its search engine results pages.

Google’s algorithms were only updated a few times in its early years. Every year, Google makes thousands of updates.

The majority of these changes are so minor that they go unnoticed. On rare occasions, though, the search engine makes big algorithmic changes that have a significant impact on the SERPs, such as:

About the Fall Flux

Industry chatter and SEO tracking tools indicated some (still unconfirmed) Google updates may have occurred on this date. Glenn Gabe, president of G-Squared Interactive, also detected several noteworthy Google changes impacting traffic and search visibility starting September 8. This was followed by additional volatility and fluctuations on September 18, 25, and 29 and October 4, 8, and 12.

There’s little doubt that Google has been active. We’ve seen several important updates after the August 19 update, producing substantial instability in the SERPs. Sure, Google releases many updates each year, usually between 1,000 and 1,500, but some of them are minor and go unnoticed by most people. Larger shifts, on the other hand, cause the earth to tremble. That’s what it’s all about here. Since August, we’ve seen a handful of updates that we’d consider substantial. We can’t recall ever seeing so many significant upgrades in such a short amount of time.

Important Algorithm Updates in the Fall of 2017 – Important Dates

So, we’ve already discussed a lot of volatility, but now let’s talk about specific dates: the August 19, 2017 update, which was a major quality update. There was movement on many sites around the world. But it wasn’t long before we noticed some real progress. This was true across the board regarding sites, categories, and nations.

After 8/19, the first update that attracted everyone’s attention was on 9/8. This did not, however, surprise us. Over the years, there have numerous major upgrades in early September noted. This one was comparable to the last one.

However, only ten days later, on September 18, we witnessed another. There was more activity on 9/25 and 9/29 before properly investigating that update.

First, let’s look at the movement since the last report on September 18. On 9/18, we spotted another ten days later. There was more activity on 9/25 and 9/29, so we couldn’t fully investigate that update.

There is one hit in particular that has gotten some attention. During the 10/4 upgrade to giphy.com, the largest site dedicated to animated gifs on the web, it experienced a significant decline. It’s a beast, but it was founded on October 4. After giphy executives featured in a Fast Company story boasting about “owning” specific Google terms.

Index based on mobile devices

Google has a mobile-first index. We know Google is putting its mobile-first index to the test in the wild, but they don’t want the deployment to cause widespread chaos. That’s why Google has stated that the mobile-first index will phased in and begin with sites ready to make the changeover. Google, for example, may opt to switch sites that have the same content on desktop and mobile and the same structured data, hreflang tags, and other features.

Google has long stated that they release two to three changes per day, yet we’ve only seen substantial updates once or twice a month (or spread out even further). That’s also when Google’s quality algorithms usually refreshed.

So, instead of updating all of the quality algorithms at once, what if Google simply started refreshing them one at a time? This could lead to increased volatility at different times throughout the month. We are not claiming that’s the case, but it’s a possibility. Here are a few examples.

As we get closer to real-time, the quality algorithm refreshes faster.

Remember how Panda went from updated every few weeks to included in Google’s main ranking algorithm? When that time came, it was explained that the site owners would have no idea what struck them. And if that were the case, determining what caused the dip in ranks would be far more difficult. As a result, Google’s quality algorithms may refreshed more frequently. And the ultimate objective might be to have it running in real-time (or actually in real-time). If this occurs, site owners will be in a scenario where they have no idea what has happened to them or why.

The first update that caught our attention after 8/19 was on 9/8. This didn’t necessarily shock us, though. We’ve documented several larger updates in early September over the years. This one was similar. The fluctuations as shown here:

It has been in the SEO hall of fame since 2003. The search engine behemoth tweaks its algorithm every year between 500 and 600 times. Hundreds of changes have released, including Every Important Google Algorithm Update. Fall Flux is one of them.